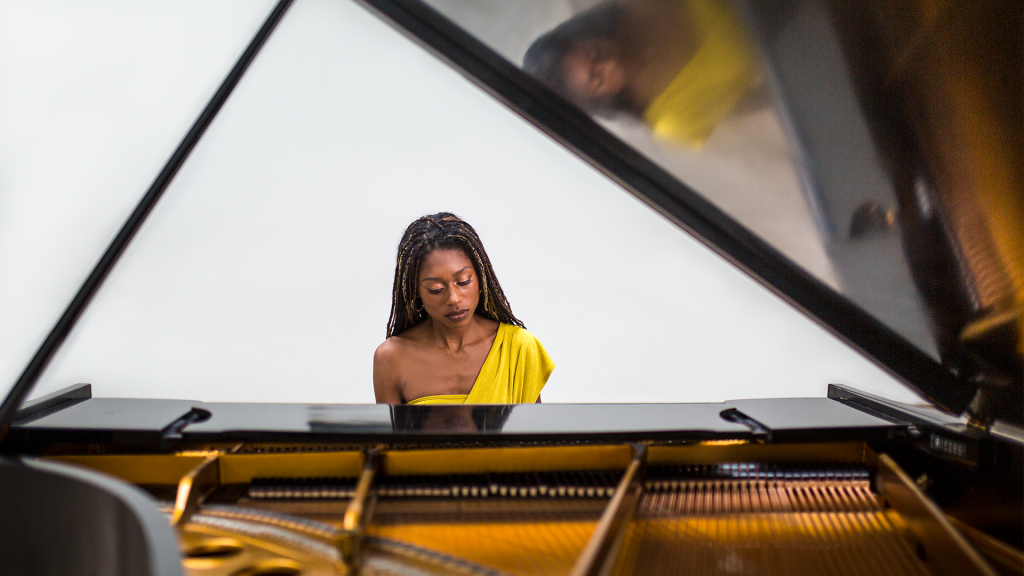 Toby Deller speaks to the pianist and eldest of the Kanneh-Mason siblings about her recording debut with Decca.

‘There were no particular lightbulb moments,’ says Isata Kanneh-Mason on her route to becoming a pianist, ‘because with me it felt like it was always there. I grew up listening to classical music and when I was nine I started thinking: one day I’ll be an adult. And I said: is music something you can do as a career? My mum said yes, so I said I’d like to do that. And then it was just a gradual build-up of having teaching, going to inspiring concerts. It was a slow growth.’

The eldest of the seven Kanneh-Mason siblings, Isata is now combining her masters at the Royal Academy of Music with preparing for the release of her first recording for Decca. Her album of music by Clara Schumann comes out early this month.

‘I think the biggest challenge right now is balance: learning how much I should be practising, performing or doing promotional things at this very critical point in my career,’ she reflects. ‘Because my days are all so different, it’s never the same every day. But I always try to get up early and get a good few hours done in the morning, then I feel more relaxed. I don’t know if I’m disciplined but if I don’t practise I want to practise. I don’t have to force myself.’

Her steady path to international record label representation began in Nottingham, a city that has been supportive of her family’s musical blossoming. ‘There’s not that much music there which is a shame – I remember there used to be a Nottingham Festival which disappeared when I was about nine. But they do have a really incredible concert hall and they get really incredible people there. But we were lucky that we went to state schools that had lots of music, so I think if you know where to look there are some great musical places. And also, what’s so great about Nottingham is because there’s not maybe a huge amount of music there, when there is they are hugely supportive. I feel like I’ve had real support from the city which maybe you wouldn’t get from a bigger city.’

She is very much aware of her position as a spokeswoman for music but is realistic as to what she alone can achieve. ‘When the country is running out of money then the arts are the first thing to be cut, which really upsets me. It’s a really bad time for music teachers in schools: a lot of them are losing their jobs and I really hope one day to make enough money to put into it. But me alone, I wouldn’t be able to make a massive change so I just want to raise more awareness, so more people want to make classical music. And not just classical music but music and the arts in general.’

Her approach to her own education work with children is to focus on playing. ‘I always find that it’s mainly about exposure with children. I never feel I have to inspire them in the sense that I have to make them like classical music. It’s more that they hear it and react to it in general in a very natural way. So I just try to inspire them by playing to them and talking to them, answering their questions and hearing what they have to say.’ Mostly, she says, they ask about things like how many hours she practises. ‘I always tell them how much I practised when I was their age, because I think that’s more useful. It’s not really useful for them how much I practise now.’

That, one imagines, is particularly true when it comes the period leading up to this recording. It was Decca who approached her with the idea of profiling Clara Schumann, to tie in with the bicentenary of her birth: the Piano Concerto (with the Royal Liverpool Philharmonic Orchestra and Holly Mathieson), Piano Sonata and the three Romances with violin (with Elena Urioste) make up the majority of the disc.